The Best Go-Karting in Las Vegas – With a Twist The Best Go-Karting in Las Vegas – With a Twist

Get ready for two heart-pumping bits of classic Vegas entertainment. With the Ultimate Race & Fire Package,  you’ll go go-karting in Las Vegas, and as if that isn’t enough, after you’ll head to the machine gun shooting range to get a double-dose of adrenaline.

This incredible indoor raceway isn’t your grandma’s go-kart track. It’s not like the one you used to go to as a kid just off the interstate. This is Las Vegas we’re talking about, after all, so what do you expect? If you’re tired of wearing your seatbelt and want to leave it unhooked, spend two minutes at Pole Position Raceway to remind yourself exactly why it’s important to buckle up. When you’re go-karting in Las Vegas at this track, you’ll be white-knuckled and gritting your teeth against the wind.

Feel the jerk of other karts trying to divert you into the wall. Hear the rip and roar of the engine as you slam on the gas to cut off the carts in front of you. Settle the score with your friends once and for all as to who rules the coop of your friend group.

Scene 2: Obliterating the Targets at the Firing Range

Go-karting in Las Vegas is only the half of it. After your exhilarating go-kart ride, you’ll step it up one more notch. We’re talking about the gun range. But not just any gun range. This is the shooting range as only Vegas can do it: Machine Guns Vegas. Bet you didn’t even know you were allowed to shoot some of the machinery you’ll be handling at MGV:  MP5, FN SCAR, and Glock 17. Add on the M 249 SAW for extra fun! If you thought you could only get behind that kind of equipment in video games or in dreams, think again. Picture this: just as the smoke is still settling from a wild go-kart battle, you and your friends pile into the sleek gun range right off the Vegas Strip. Clad in suits and ties, you take over the gun range, followed by the leather-clad Gun Girls.
Wake up! This is real! Start your weekend go-karting in Las Vegas followed by an unforgettable term in the nation’s premier machine gun range: Machine Guns Vegas. 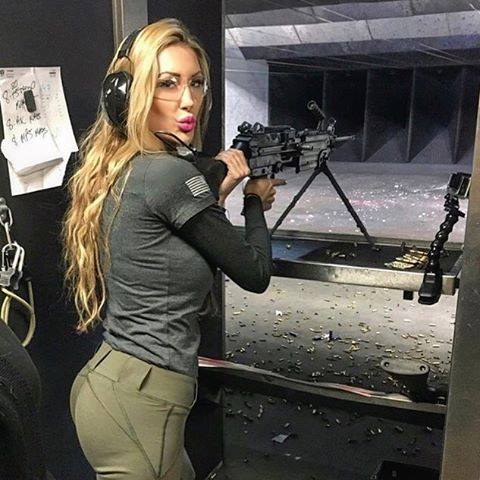 About the Author : Angelina